A Muted start to February Birding here in Fife!

We have struggled to get out birding since the beginning of the month! Firstly we had 5 days of continuous heavy rain and strong winds, which meant that going out walking was no fun, this has been followed by sub zero temperatures and heavy snow, the paths around are about 2 foot deep around where we would walk. Today is lovely and sunny but we have decided to stay put and follow the travel advice and stay at home. Hopefully with improved weather we can get out walking again.

I have cleared all the snow from the drive and our footpath, put water and food out for the birds and will wait to see what turns up! If anything, just a Magpie and Robin so far!

So in between rain and snow where have we been?  On the 1st we managed to get up to Loch Leven and try a new walk (Findatie) It was brilliant, another one added to the list to take people to when it's allowed.

There were tons of Greylags in the fields, as we walked down from the car park, then once we crossed the river, we had Goldcrest and at least 6 Treecreepers, one of which gave me a fairly decent view; We walked to the hide, but the pool in front was completely frozen, so nothing on there, but outside the hide in the woods, it was pretty busy with Long-tailed Tit; 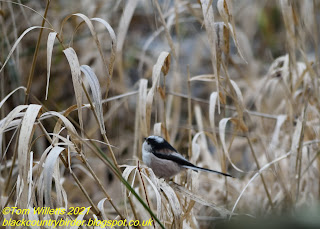 Goldfinch, Treecreeper, Buzzard, Blue Tit, Great Tit and our first Redpoll of the year, judging by the colouring I think this is a Common Redpoll and not a Lesser, but if anyone who knows actually reads my blog, I'm glad to be corrected 😅; 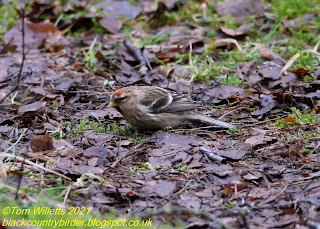 We walked back at this point, as the weather was looking grim and there was snow in the air, we carried on to Leven Mouth just below the car park, found a bench and finished our coffee, with good views over the Loch. There were a load of Pochard down this end of the loch; 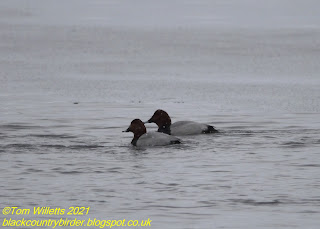 With the continued rain after this we were going stir crazy, so on the 4th decided on a little drive along the coast, without leaving the car. No photos from this as the weather was just too bad, but we did find some Slavonian Grebe sheltering in Dalgety Bay.

Our final bit of exercise before the snow, was gain at Loch Leven, this time back to another favourite, Burleigh Sands, it was though bitterly cold and we did get caught in a Blizzard. So we didn't venture to far.

The highlight was a sheltering Kestrel above the path: 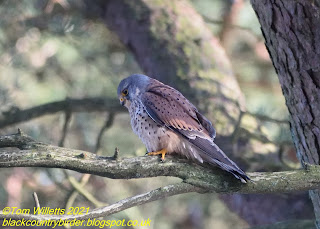 Believe it or not this was the Loch just before the Blizzard! 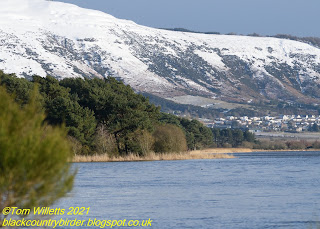 So hopefully next week will be a bit warmer and better underfoot, so we can get out.